The Norwood scale is a visual representation of the rate at which male pattern baldness progresses. It’s used as a reference point to diagnose the extent of pattern baldness and to measure the effectiveness of hair loss remedies.

The scale was first devised by James Hamilton in 1950 and was updated in 1970 by O’Tar Norwood. Therefore, the Norwood scale is also referred to as the Hamilton-Norwood scale.

If you’re experiencing hair loss issues, the Norwood scale can help you identify the different stages and seek treatment before it’s too late.

How Bald are You Based on the Norwood Scale?

Stage 1: No noticeable loss of hair or recession of hairline.

Stage 2: This stage is also called the mature hairline stage, where the hairline around the temples exhibits a slight recession.

Stage 3: This stage is where clinically significant hair loss occurs and it appears as a significant recession at the temples that forms a U, V, or M shape.

Stage 3 V (vertex): This stage is a variation, where there are no changes in the mature hairline, but it’s accompanied by a significant loss of hair at the top of the head.

Stage 5: The band of hair across the scalp becomes narrower and sparser, areas with hair loss are bigger than the ones identified in stage 4.

Stage 7: Only a band of hair across the sides of the scalp remains. This hair may be thin and sparse.

Norwood A: A variation that denotes an unusual progression of pattern baldness (e.g. hairline recedes from front to back without thinning at the vertex).

When Should You Seek Hair Loss Treatment?

Addressing hair loss issues as soon as possible is key to achieving best results, therefore it’s best to seek out a hair specialist as soon as stage 2 or 3 of the Norwood scale.

In this stage, there are many treatment options and remedies you can turn to: From over the counter medication like minoxidil to prescription treatments like finasteride, you can slow down the hair loss process and stimulate regrowth of hair follicles.

Hair transplantation is also more effective in the incipient stages of the Norwood scale, because men will have more and healthier hair in the donor area, which can be used for the transplant.

The Norwood scale can be a good reference point to determine when you should seek treatment for male pattern baldness. The sooner you turn to a hair specialist, the quicker you’ll be able to follow an adequate treatment and enjoy a full head of hair for much longer. Read about top UK hair clinics on our dedicted page. 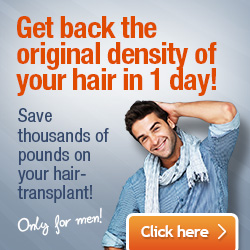 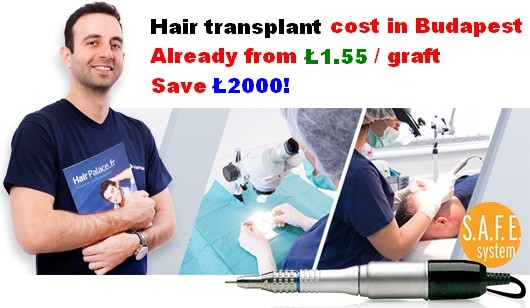